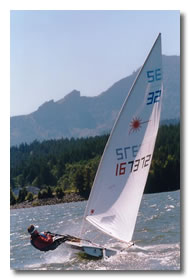 Nothing new going on here. I’m still sick and finally managed to scam some antibiotics off my doctor via phone last week. Except, now that I’m on day 3 of a 5 2/3 day prescription and not really feeling that much better, Mel is starting to insist that I see the doctor. At the very least, I have to get the antibiotics extended.

Mel has been sick too, sicker than me. She went off to the doctor last week and they sent her for a lung x-ray because she’d coughed so much she’s started to cough a bit of blood. Pleasant, eh? Anyway, after a plethora drugs and four days rest she’s back to work today and doing okay.

The next set of tests I have on this MS diagnosis quest aren’t until the 16th, and the neuro appointment is a week later on the 23rd. In the meantime, I’m trying not to think about it too much.

Last week I was forced by my employer to change health insurance carriers as they’re moving to a single carrier. That’s made me a bit nervous in light of all this stuff going on too.

The bright spot of the last week is that my brother phoned to say that he’d made the U.S. Sailing team again. There’s only 3 spots on the team in his class and it’s possible he’ll make the Beijing 2008 Olympics. This will be his 4th try. Go bro!